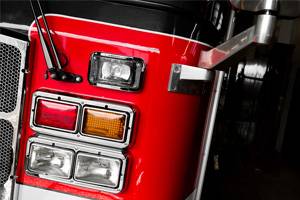 The first written mention of a fire fighting medium in Eatonville is an entry in the minutes of the Town Council for June 9, 1911. In January of 1912, a bell was purchased to alert citizens of fire. Several attempts were made to establish an organized fire department, but did not meet with success until an eight member department was established in 1933. Dan Christensen was the first Fire Chief and served until 1946.

In 1935, the Fire Department purchased a second-hand Dodge coupe for $27.00 and built it into a fire truck. The department still has the truck. In 1950, the Town purchased a Howard Cooper engine for $9400.00, which was in service until 1996 when the Town received a grant to purchase the Darley engine that is still in service today.  The Department’s most recent acquisition is a brand new Fort Gary engine purchased with monies received from the Fire Act Grant. This engine has replaced the American LaFrance engine which was purchased new in 1973.

The Eatonville Fire Department contracts with South Pierce Fire and Rescue for services. You may visit their website at www.spfr.org.